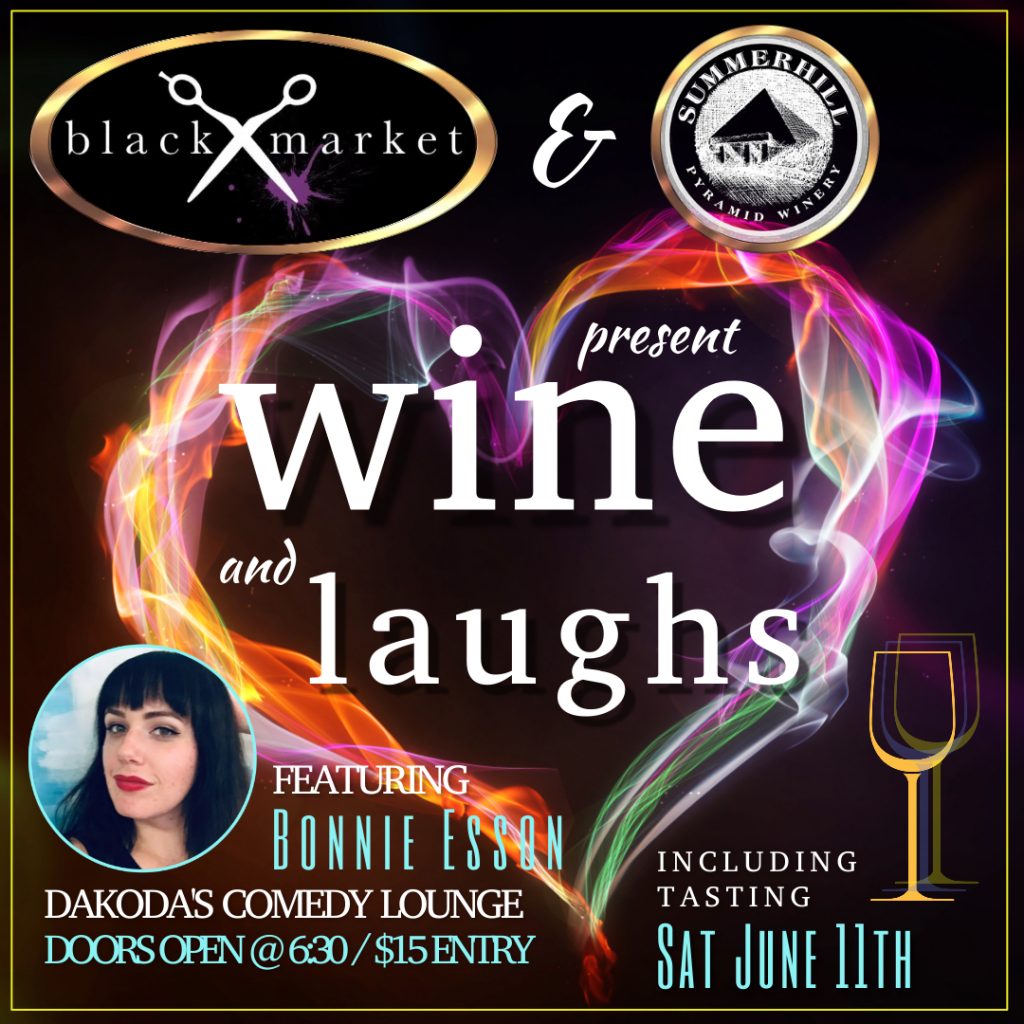 Black Market Barber Co & SMP and Summerhill are proud to present Vines and Laughs! Come taste Summerhill’s best while enjoying some of Kelowna Comedy’s top local comedians. This special show will feature seven of the funniest comedians in the city many of whom have been featured on Just For Laughs Northwest.
This show will include at tasting of a white and red!
This week’s show features a very special guest, Bonnie Esson! Bonnie is the hilarious jewel of the Kelowna Comedy scene. She has razor sharp wit combined with a self deprecating style that endears her to any crowd. Recently back from peforming in BC’s Funniest New Female Comedy Contest at Vancouver’s House of Comedy, Bonnie is ready to perform for the hometown crowd. Bonnie’s clever and hilarious insights into dating and love and her propensity to “overshare” make her a must see.
This is our most popular show, so call to make a reservation.
Make sure to support our generious sponsors for making this show possible. Black Market Barber Co is the Okanagan’s first and only luxury barbershop & scalp micropigmentation studio.