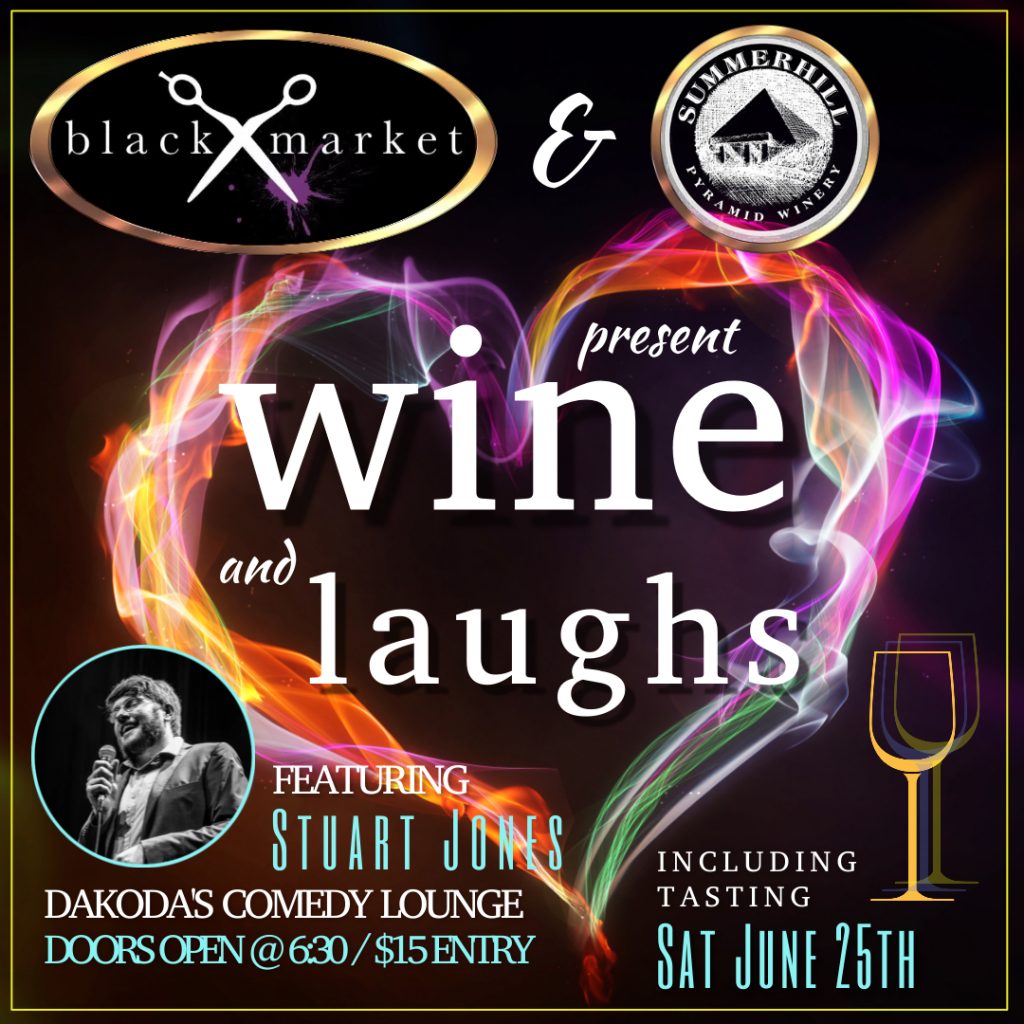 Black Market Barber Co & SMP and Summerhill are proud to present Vines and Laughs! Come taste Summerhill’s best while enjoying some of Kelowna Comedy’s top local comedians. This special show will feature seven of the funniest comedians in the city many of whom have been featured on Just For Laughs Northwest.
This show will include at tasting of a white and red!
This week’s show features a very special guest, Stuart Jones! Stuart Jones is an adult nerd who comes from a nice, loving family.
He is everything that you would expect someone named Stuart to be.
His comedy focuses on examining the mundane and mocking the everyday absurdities of modern life.
Stuart is often praised for his joke writing ability which earned him the title of Vancouver’s first Roast Battle Champion.
His debut album ‘By the Slice’ was produced by 604 Records and is available on all streaming platforms. This is our most popular show, so call to make a reservation.
Make sure to support our generious sponsors for making this show possible. Black Market Barber Co is the Okanagan’s first and only luxury barbershop & scalp micropigmentation studio.