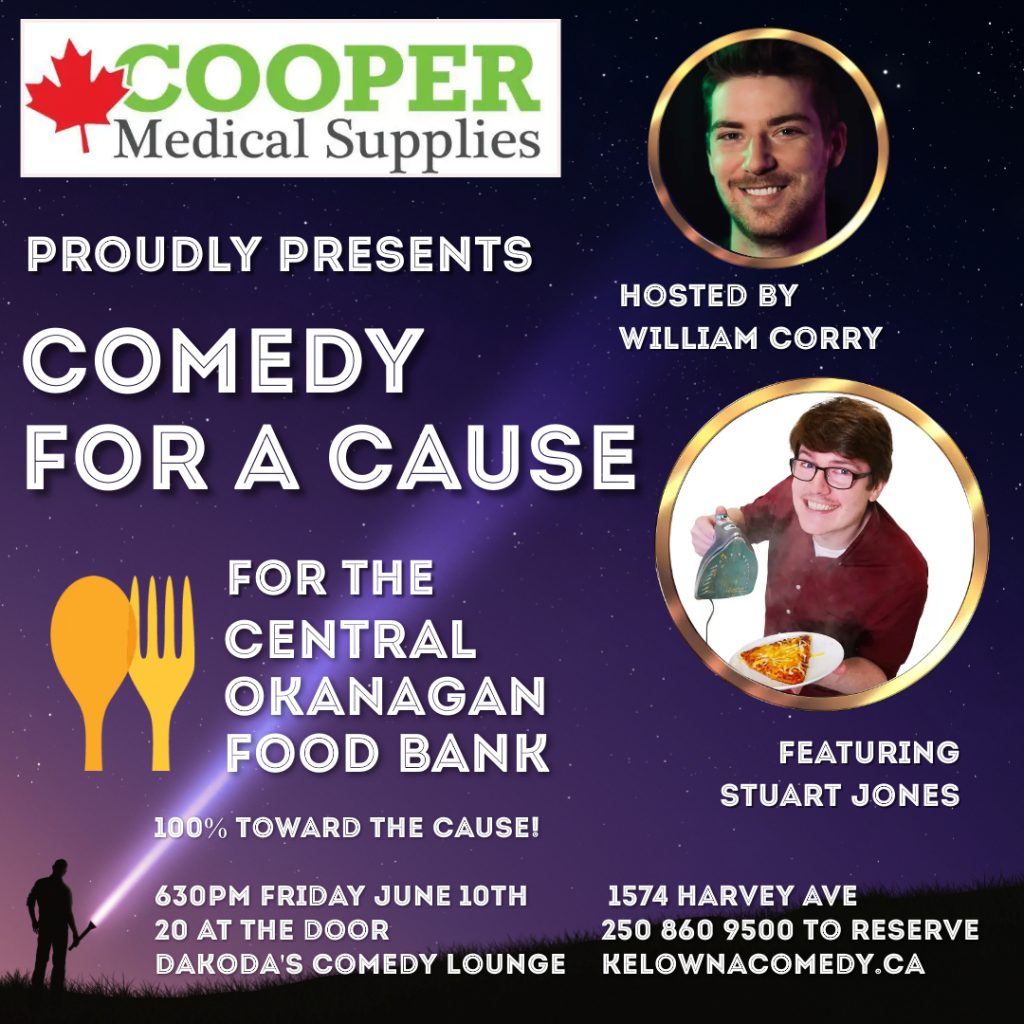 Cooper Medical Supplies is proud to present Comedy for a Cause for the Central Okanagan Food Bank.
Come out for a night of laughs featuring Kelowna’s top comedians, as seen on Just for Laughs Northwest, the Kelowna Comedy Festival, and in venues across Canada. The show will be hosted by Will Corry and will feature a special performance from Stuart Jones! Stuart is often praised for his joke writing ability which earned him the title of Vancouver’s first Roast Battle Champion. His debut album ‘By the Slice’ was produced by 604 Records and is available on all streaming platforms.
100% of ticket sales will be donated to the Central Okanagan Food Bank thanks to our generous sponsor!