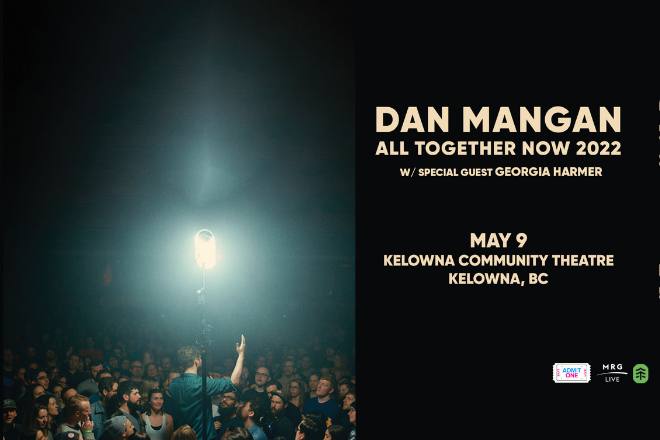 Dan has released 3 LPs under his own name, Postcards And Daydreaming, Nice, Nice, Very Nice, and Oh Fortune, as well as 2015’s collaborative Club Meds under the moniker Dan Mangan + Blacksmith. His fifth album, More Or Less is came out in late 2018, supported by the lead singles Fool For Waiting and Troubled Mind. In Dan’s words, “More or Less is about witnessing birth, and in some ways rebirth. It’s about feeling disconnected from a popular identity and becoming acclimated to a new one. It’s about raising kids in a turbulent world. It’s about unanswerable questions and kindness and friendship and fear.

Dan Mangan has partnered with TreeEra to plant one tree for every ticket purchased. For more information about TreeEra, please visit: www.treeera.com