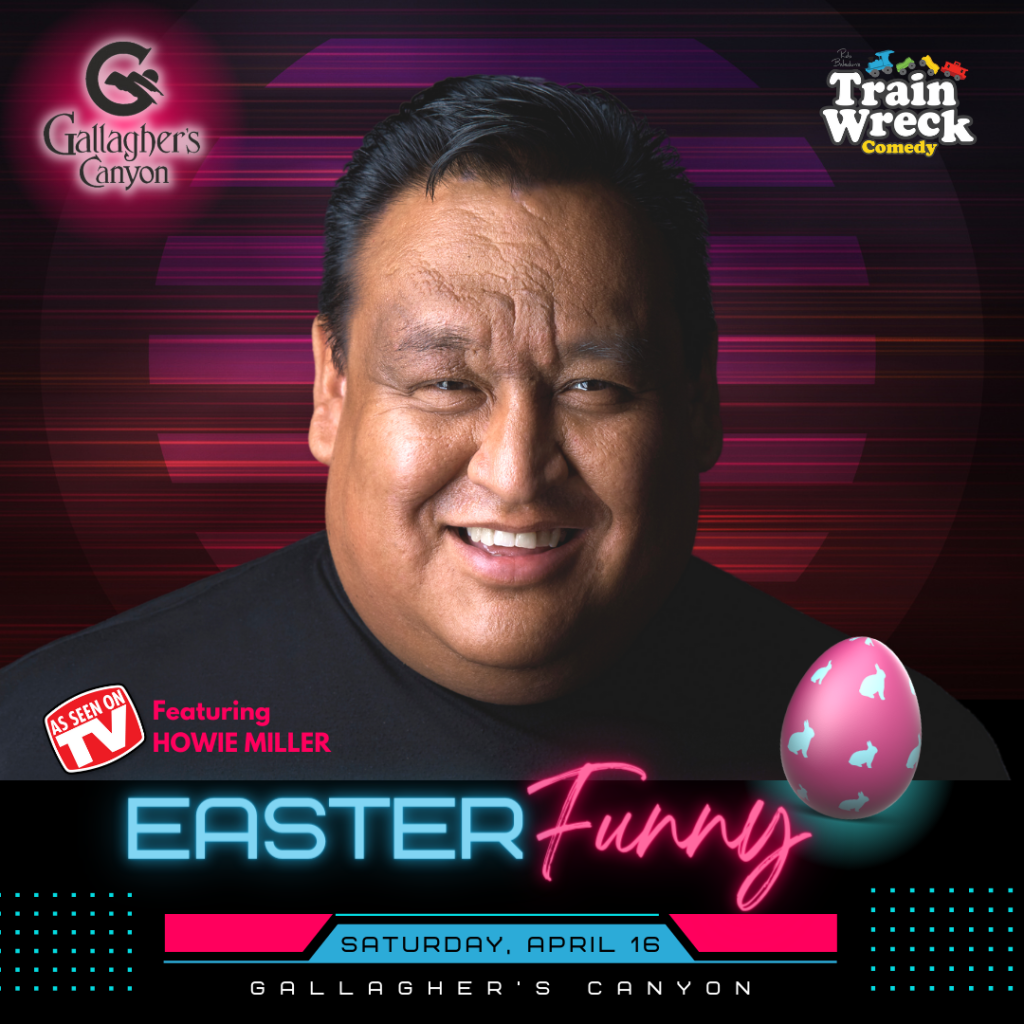 Train Wreck Comedy is thrilled to be bringing its hit EASTER FUNNY comedy show to Gallagher’s Canyon on Saturday, April 16 with one of the country’s top stand-up comedians, Howie Miller. Doors open at 5:30 pm so you can join us for some drinks and dinner before the show.

About Howie Miller
Howie Miller has been wowing audiences for the past 20 years all over North American and the UK. His ability to read his crowd and work clean or blue makes him the perfect choice for any corporate function or comedy club.