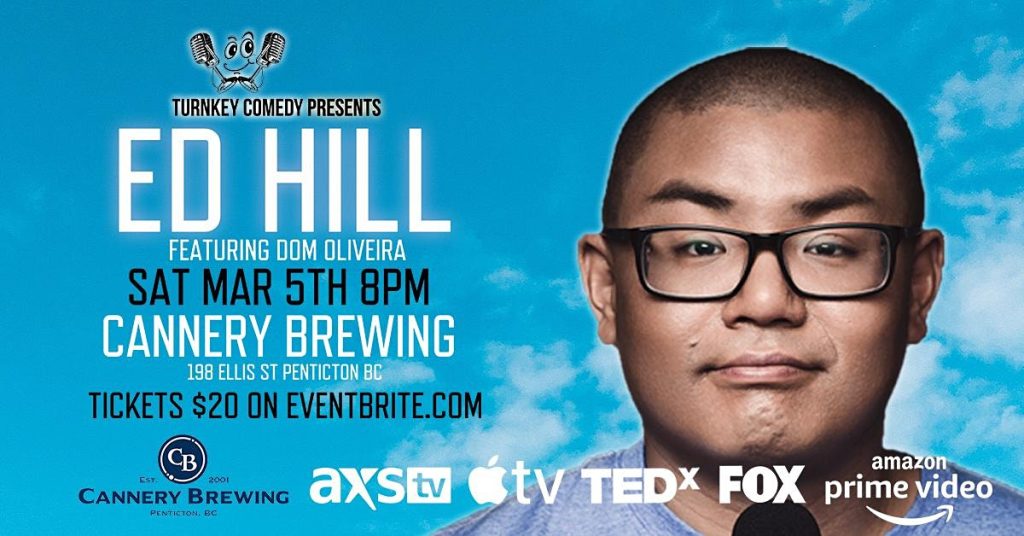 This event will be held at Cannery Brewing in the family friendly brewhouse taproom space, Ale-catraz. All COVID-19 restrictions for this event will apply according to the current PHO orders including vaccine pass and mask requirements, seating capacity, spacing between tables, and a maximum of 6 people per table.

Fresh off his first one hour comedy special “Candy and Smiley” on Amazon Prime, comedian Ed Hill is bringing his new show to Penticton, B.C.

Originally from Taiwan, Ed is an award-winning comic who moved to Vancouver, British Columbia, thinking he was on vacation at his father’s discretion.

In 2021, Ed became the first comedian of Taiwanese-Canadian descent to release a full one hour comedy special titled “Candy & Smiley” with Comedy Dynamics. The special was named “Top 15 Comedy Specials of 2021” by Paste Magazine. The special is currently streaming on Amazon Prime and Apple TV.

Ed’s tweets have also been featured on “The Tonight Show with Jimmy Fallon”, Buzzfeed, and The Huffington Post