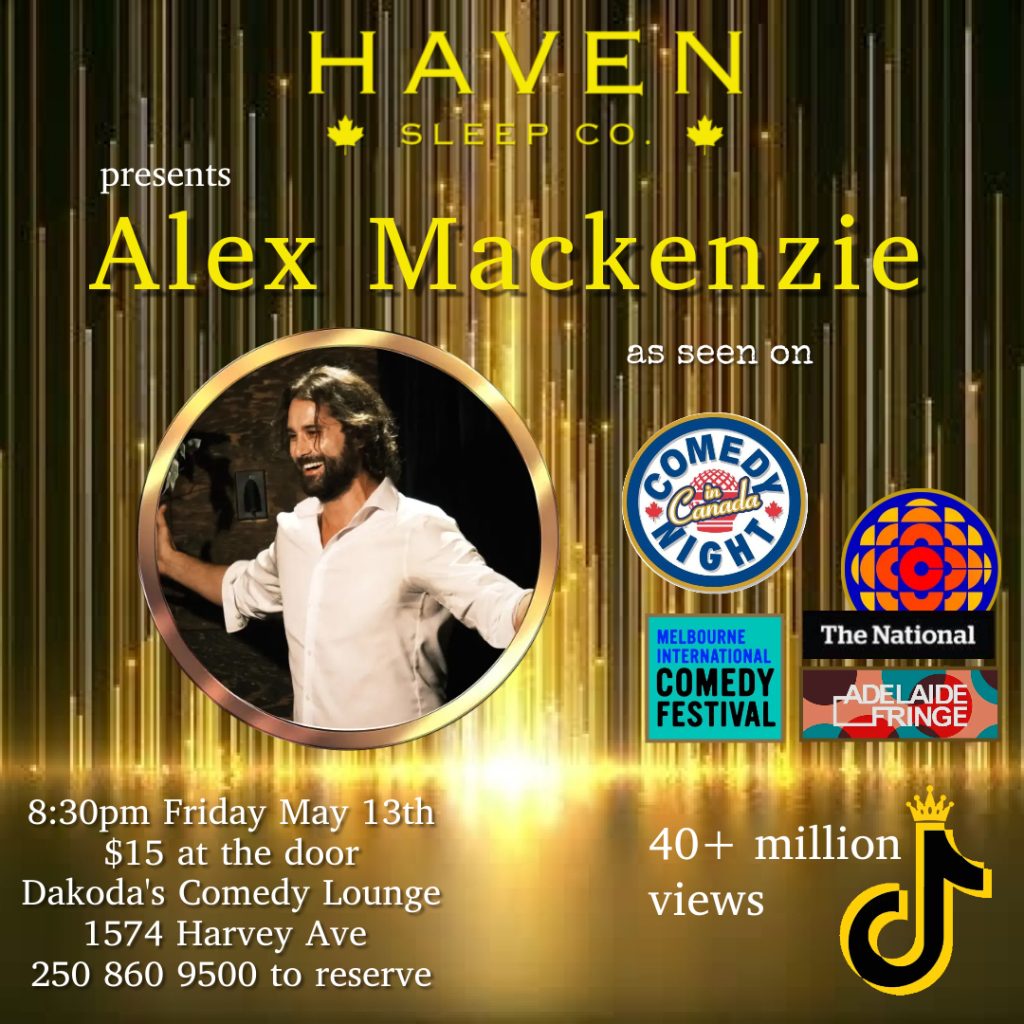 Haven Sleep Co is proud to present Alex Mackenzie at Dakoda’s Comedy Lounge!
Alex Mackenzie lives in BC, but he could live anywhere! He has RV and is in international demand. Alex tours arounds the world. Melbourne Comedy Festival, Adelaide Fringe Festival, Perth Fringe Festival, the Hungry for Laughs Comedy Tour and more!
During the pandemic, when most comedians were hiding in their parents’ basements, Alex created Comedy Night in Canada, an online comedy show featuring the best comedians in Canada, live from their parents’ basements.
His rapid popularity increases daily with his videos reaching over ten million views on Tik Tok. He often gets recognized in public and asked to move his RV.
Thanks so much to Haven Sleep Co for their generous support. They are a local business with big hearts. Please support them for supporting us.