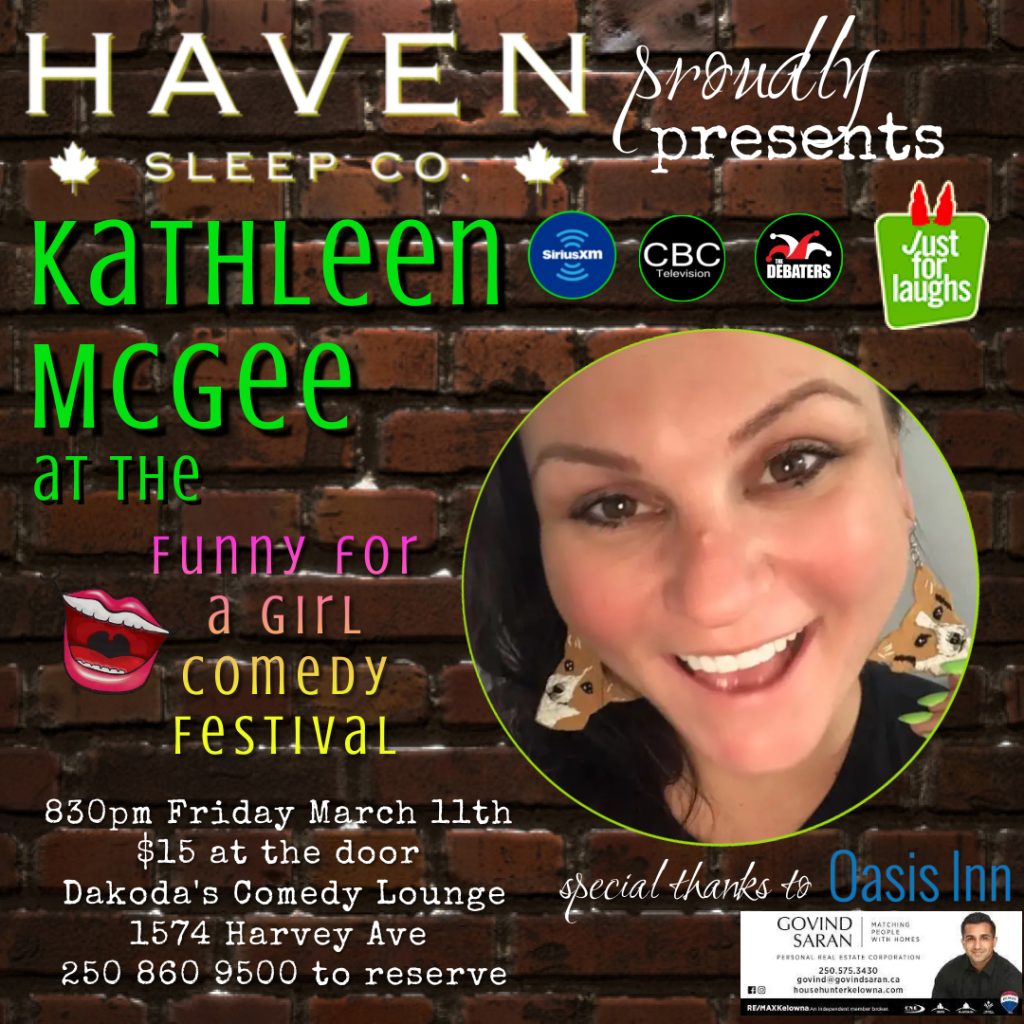 Haven Sleep Co is excited to present Kathleen McGee on the Funny for a Girl Comedy Festival at Dakoda’s Comedy Lounge.
Kathleen is the girl your parents warned you about. She will make you laugh and blush all at the same time. She’s often labeled as dirty but she prefers honest. The darkest thoughts you’ve had Kathleen says them out loud.
Kathleen has been seen on the Just For Laughs ‘Nasty Girls Show’, JFL Northwest ‘Nasty Show’, Winnipeg Comedy Festival, and CBC’s The Debaters. She can be heard regularly on SiriusXM and on her popular new podcast ‘Kathleen McGee is a Hot Mess’. She has worked with some of the biggest names in comedy today including Russell Peters, Ari Shaffir, Doug Stanhope & Hannibal Buress.
Kathleen’s unapologetic and dark sense of humour has won her a cult following, don’t miss what everyone has been talking about.
Thanks so much to Haven Sleep Co for their generous support of the Funny for a Girl Comedy Festival.