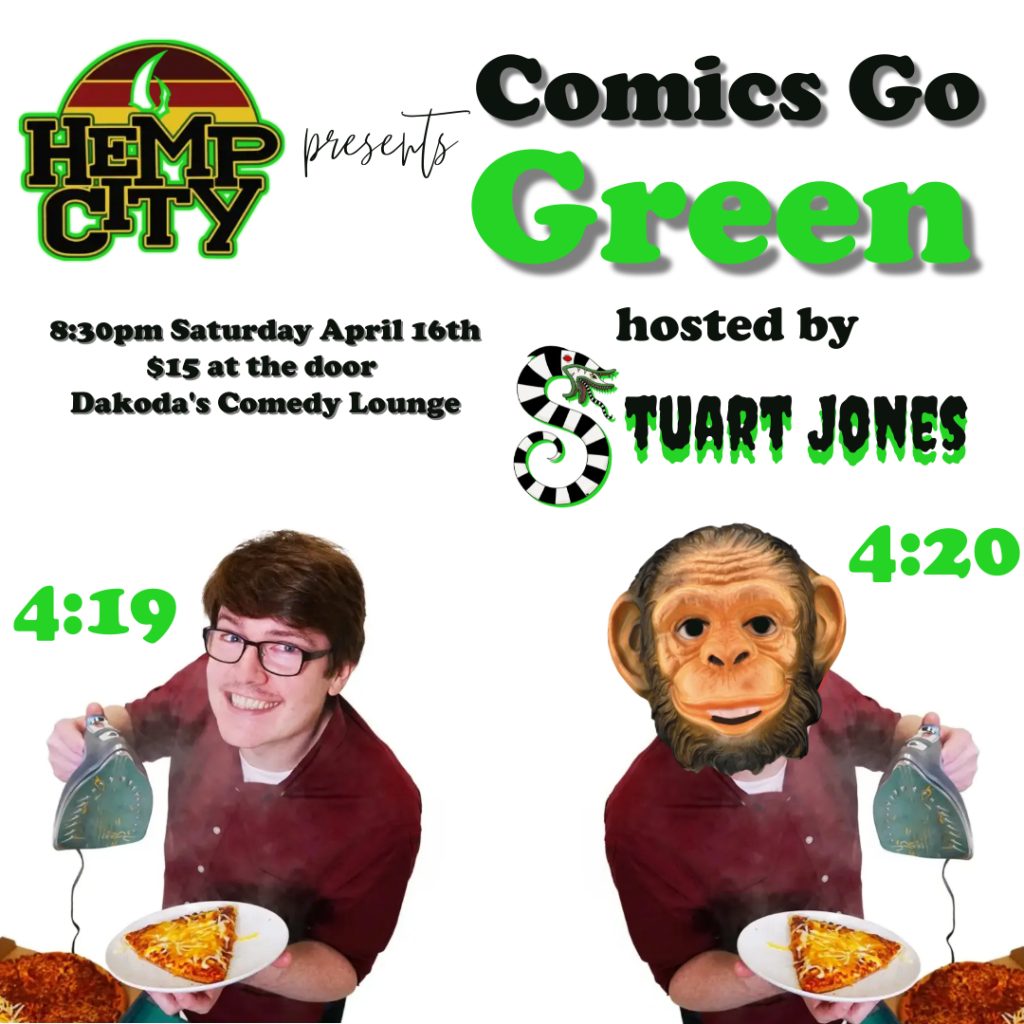 Hemp City is proud to present Comics Go Green! Come watch as these hilarious comics, many of whom have performed on JFL Northwest and numerous comedy festivals, perform two sets of comedy. One set stone sober and another green. They have their medical licenences are are cleared by the government to smoke professionally, so this is going to be awesome! Watch as these hilarious dudes squint their way through their best material and then eat all the poutine at Dakoda’s. Hosted by Kelowna’s favourite man, Stuart Jones! The crew at Hemp City support our local comedy so much!