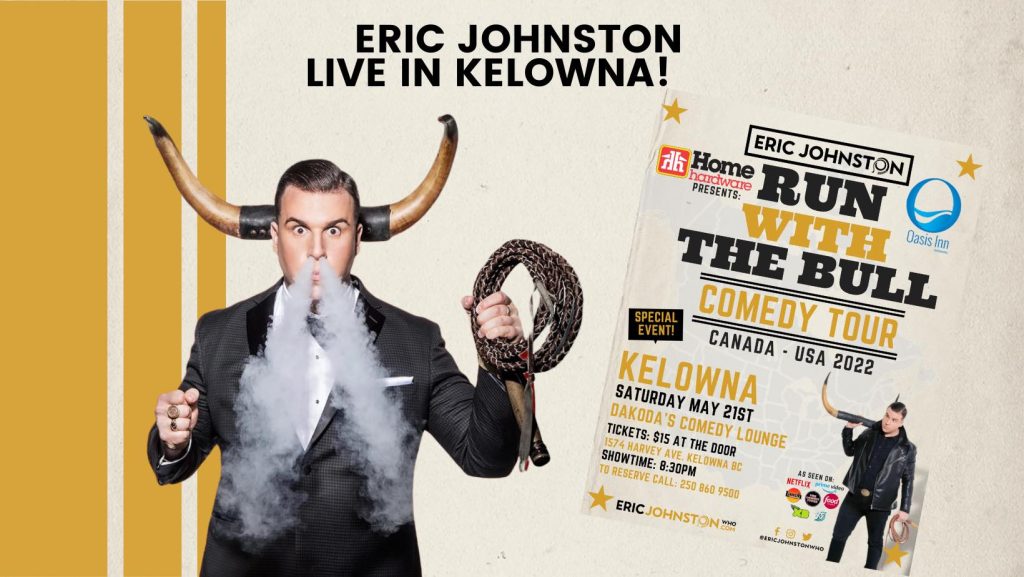 Home Hardware is proud to present Eric Johnston at Dakoda’s Comedy Lounge.
You want to Run with the bull? Then buckle up for the high-energy fun of Eric Johnston. Johnston is an actor, emcee, and comedian from Hamilton, Ontario. He has performed all across Canada and the United States, and has been seen on MTV, JFL, and the popular children’s show Splatalot (Netflix). As a comedian, Johnston has been invited to perform at The Comedy Store in Hollywood, The Laugh Factory and The House of Blues in Chicago and is the winner of the 2021 COCA Comedian of the Year Award. Quick on his feet, Johnston had also adapted during the pandemic to the ever-changing world by performing successfully online, in backyards, and at reduced capacity clubs and venues. Delivering high-energy comedy with a slick performance, Eric Johnston will leave you laughing and begging for more.
Thanks so much to Home Hardware for their generousity that makes this show possible. Please support them for supporting us.