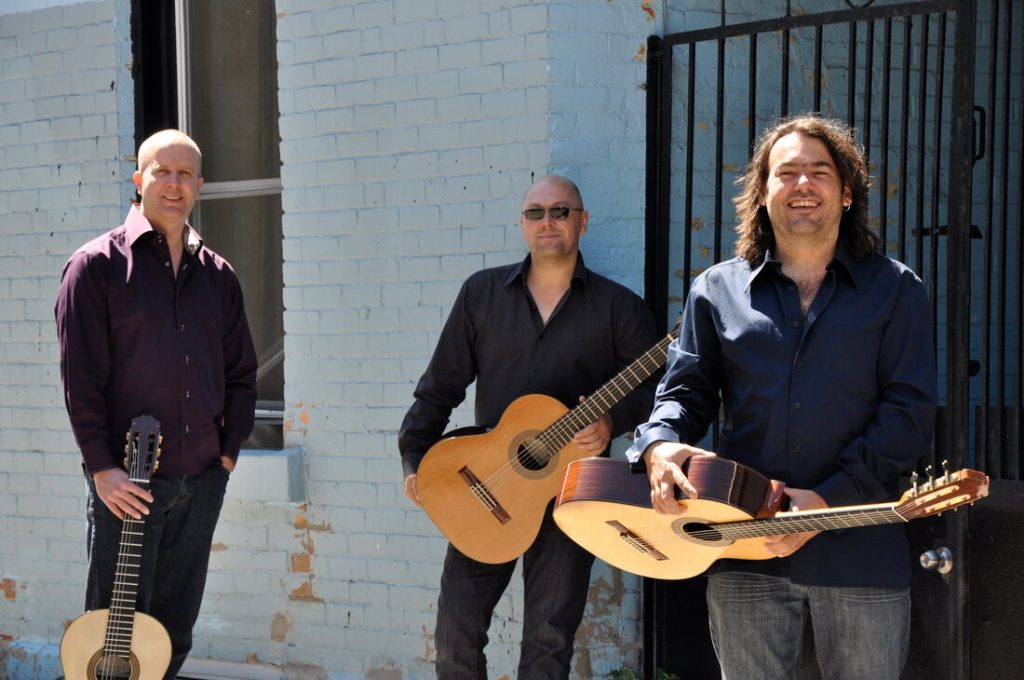 Described by the CBC as the “hottest” guitar ensemble in Canada, MG3 has quickly established itself as a force to be reckoned with, as well as an interactive force in various musical forms. For over 20 years, the trio’s virtuosity, rigour, creativity and impressive stage presence – where humour and interacting with the public go hand in hand – have been winning over audiences around the world.

​The trio, composed of guitarists Sébastien Dufour, Glenn Lévesque and Marc Morin, has given hundreds of concerts in some of the most prestigious venues across North America, Europe, New Zealand and Australia, including the legendary Concertgebouw in Amsterdam, the Rundetårnet in Copenhagen and the BB King Blues Club in New York City.