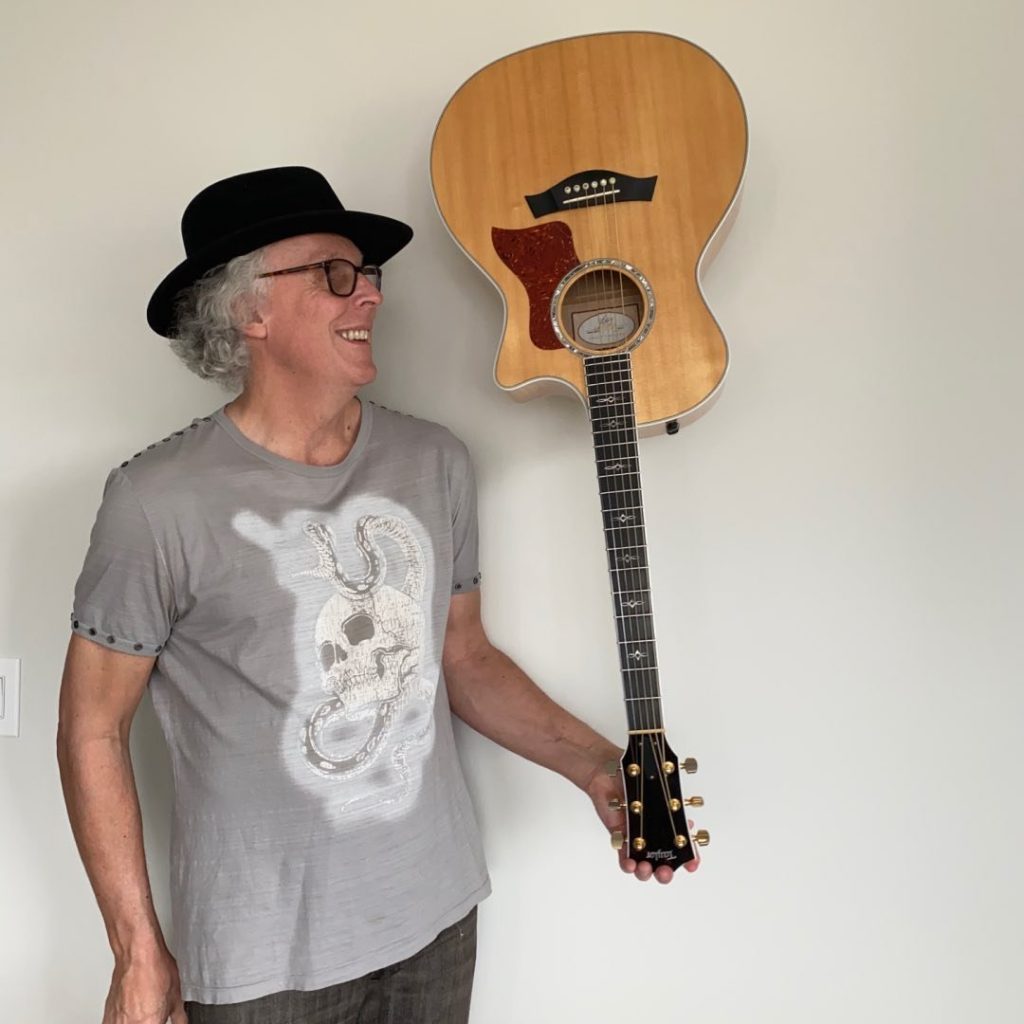 Paolo got his first guitar when he was 15 and started learning the radio hits of the day in the mid 70’s. His hometown of Kitimat, BC only had the CBC radio station, but he would listen to Vancouver rock stations in the evening and play along. He played in various rock bands throughout Northern BC for a few years, before starting a band tour through BC, Alberta and Saskatchewan. His early influences were the Beatles, The Who, Queen, David Bowie and Led Zeppelin, later with pop, folk, 80’s New Wave and 90’s Grunge. Now based in West Kelowna, BC, Paolo uses his 6-string, 12-string and mandolin to cover many different genres and classic songs.