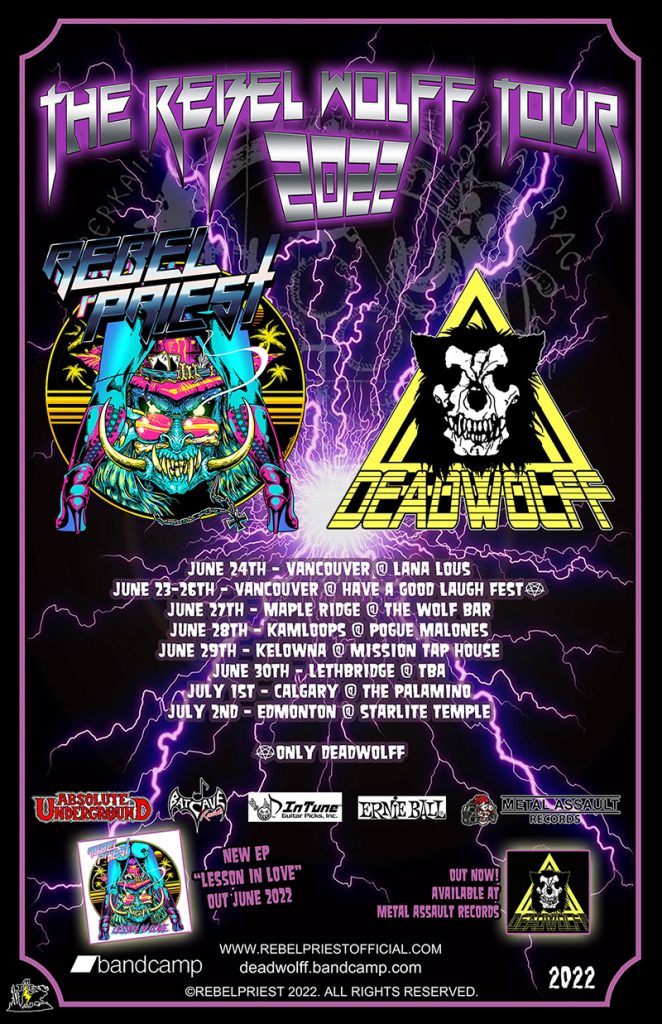 East meets West as Vancouver’s Rebel Priest will be supported by Toronto’s Deadwolff for “The Rebel Wolff Tour” this coming June and July across British Columbia and Alberta. The tour will kick off in Vancouver, BC on June 24th, which will not only be the first date of the seven-show trek, but also the release date of Rebel Priest‘s new EP “Lesson In Love”.

Rebel Priest is a no-nonsense, real-deal rock n’ roll band composed of three seasoned musicians who have been making their way through the Western Canadian rock n roll scene for years. Vocalist/bassist Jayme Black (Lust Boys, The Toxiks); guitarist/vocalist Benny Kemp (Lust Boys, Road Rash); and drummer/vocalist Nate Pole (Kill Matilda, The Toxiks) bring nothing but unadulterated, high energy grease infused Trash N’ Roll!
​
The band has had the pleasure of touring Japan, and performing alongside bands such as Udo (Accept), Lordi, Diamond Head, Crystal Pistol, Flotsam, and Jetsam along with playing many headlining gigs with the energy of Motorhead meets Motley Crue. Since forming in 2014, the band has released three studio albums “R’ley Heavy” (2019), Enabler (2017 ), Self-Titled (2015) along with one live record “Dead Alive @ SBC (2017).
​
Now in 2022, they offering up a slab of new music in the shape of a new EP “Lesson In Love” via Batcave Records/Thundermoose Entertainment on June 24th to follow their 2021 EP “Lost In Tokyo”. The forthcoming EP “Lesson In Love” is four tracks that ready’s fans to hear the band’s NWOTHM influences along with their brand of slurry heavy Rock n Roll.

Compared to last year’s EP “Lost In Tokyo”, which was written in Japan at the very end of 2019 about their adventures in the country, “Lesson In Love” takes a new avenue as they explain:

“On this EP, we really tried to lighten it up and go back to the energy and feel that got us playing in the first place, music for and adventure or memory-making music! The soundtrack for that summer you’ll never forget or that time you did that thing and you’ll always think of it when you hear this song. It’s a feel-good and takes no prisoners combo at the same time!” 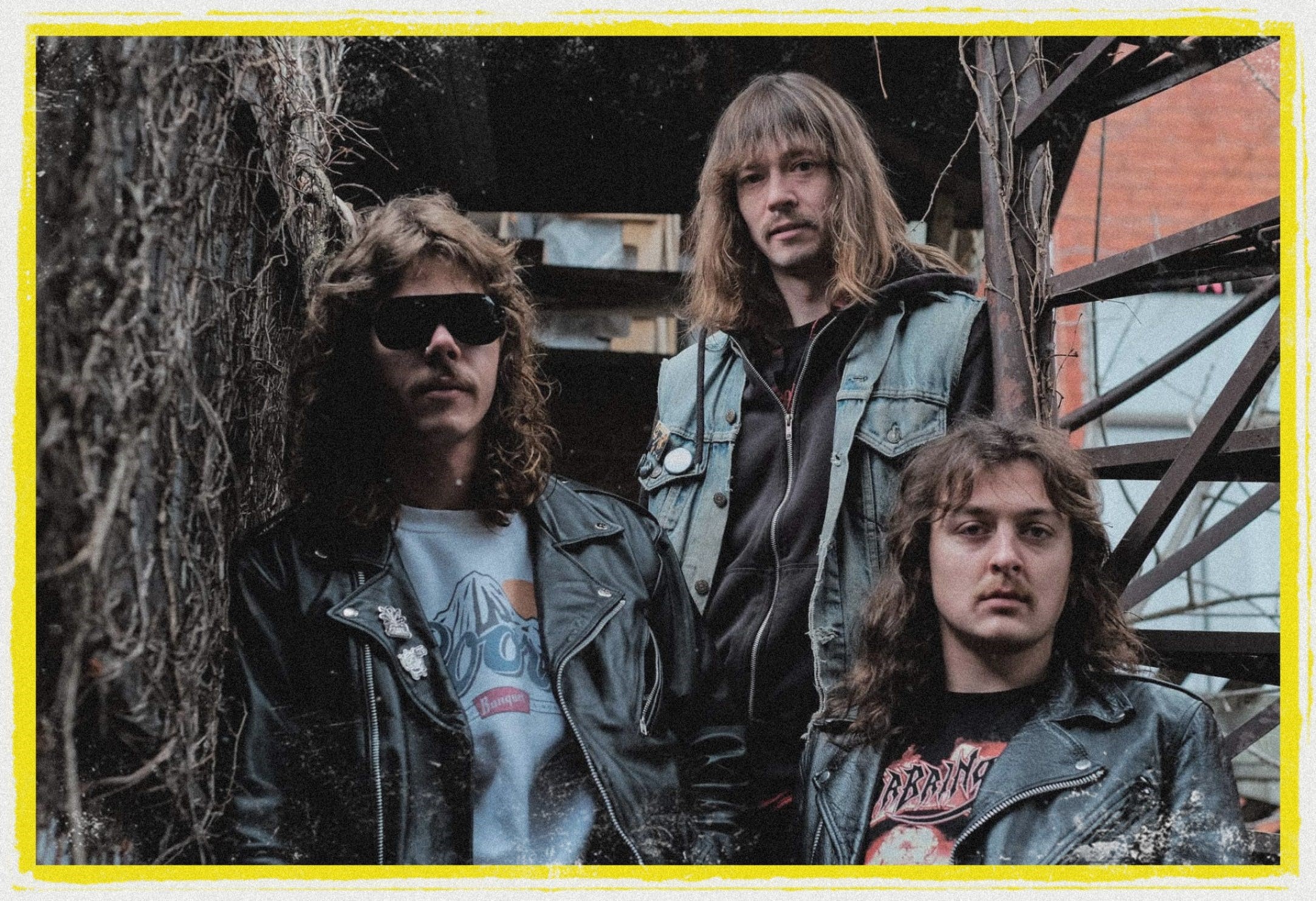 A blend of hard rock, punk, and metal, Deadwolff set themselves apart from other bands with their take on the New Wave of Heavy Rock and Roll. Recommended for fans of Judas Priest, Motorhead, and W.A.S.P, Deadwolff‘s is a revival of foot-tapping, beer-drinking, headbanging tunes, and more. They are touring in support of their latest self-titled debut EP released digitally via Boonsdale Records and on cassette via Metal Assault Records.