Remax Kelowna presents Comedy for a Cause for Autism Okanagan

Remax Kelowna presents Comedy for a Cause for Autism Okanagan 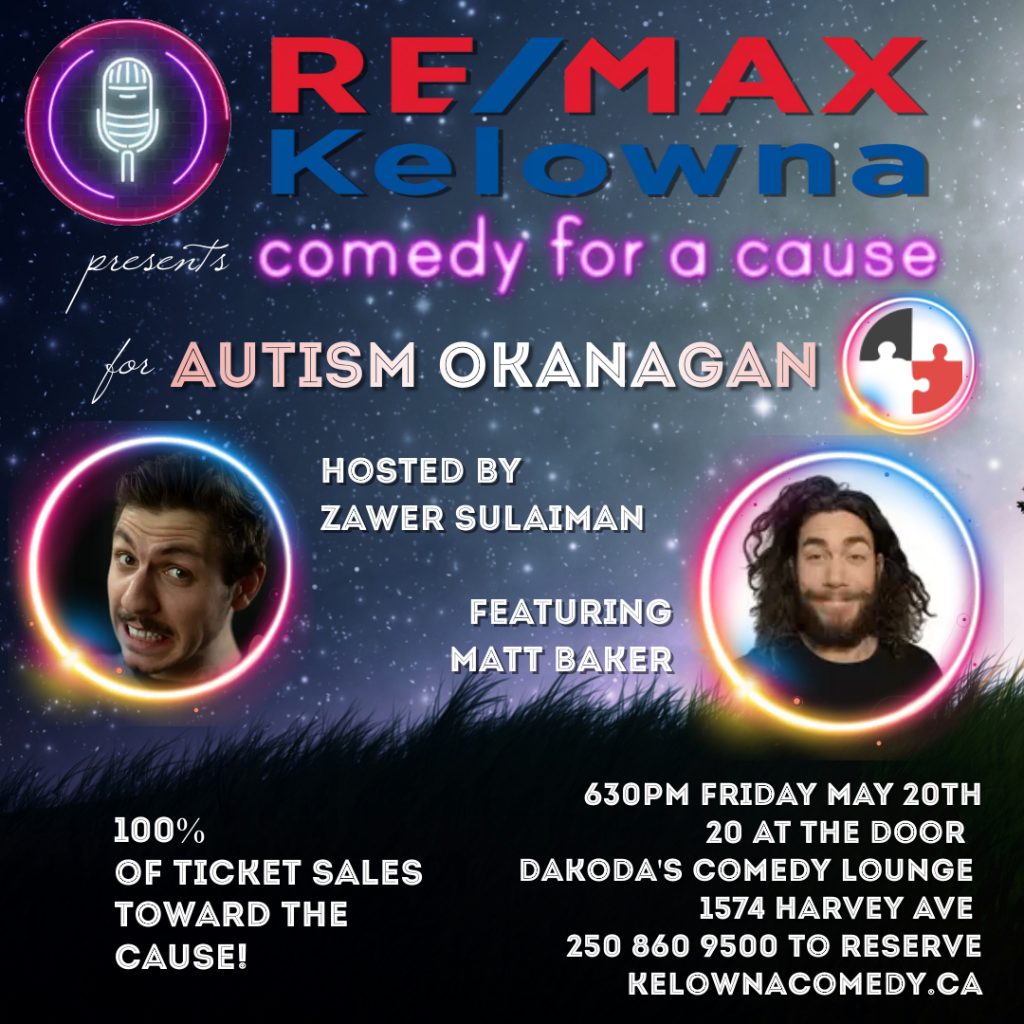 Kyle Manson of Remax Kelowna is excited to present Comedy for a Cause for Autism Okanagan featuring Kelowna Comedy’s top comics and hosted by Zawer Sulaiman.
Zawer is a Syrian comedian who has lived in Russia, Scotland, Canada, and more. His satire has been featured in international publications and he is a hit with audiences of all ages. Zawer’s hilarious observational comedy is informed by his unbelievable life experiences as an internal student and refugee.
This hilarious night of laughs for a good cause will be capped off by a special performance from Matt Baker! Your guide to laughter, Matt Baker is an adventurous guy with a goofy outlook on the world he lives in. His unique brand of comedy is light, silly and witty! Matt hails from the suburbs of Ontario and has travelled across Canada telling stories and jokes in small towns and big cities alike. Winner of the Just for Laughs Northwest Outsider’s competition, Matt is a regular at Yuk Yuks and has performed at numerous festivals on the west coast! Matt Baker is a comedic act you won’t want to miss!
100% of ticket sales will go toward Autism Okanagan, who’s goal is to improve the quality of life for individuals and families living with autism by providing programs and activities in an autism-friendly environment throughout the Okanagan.