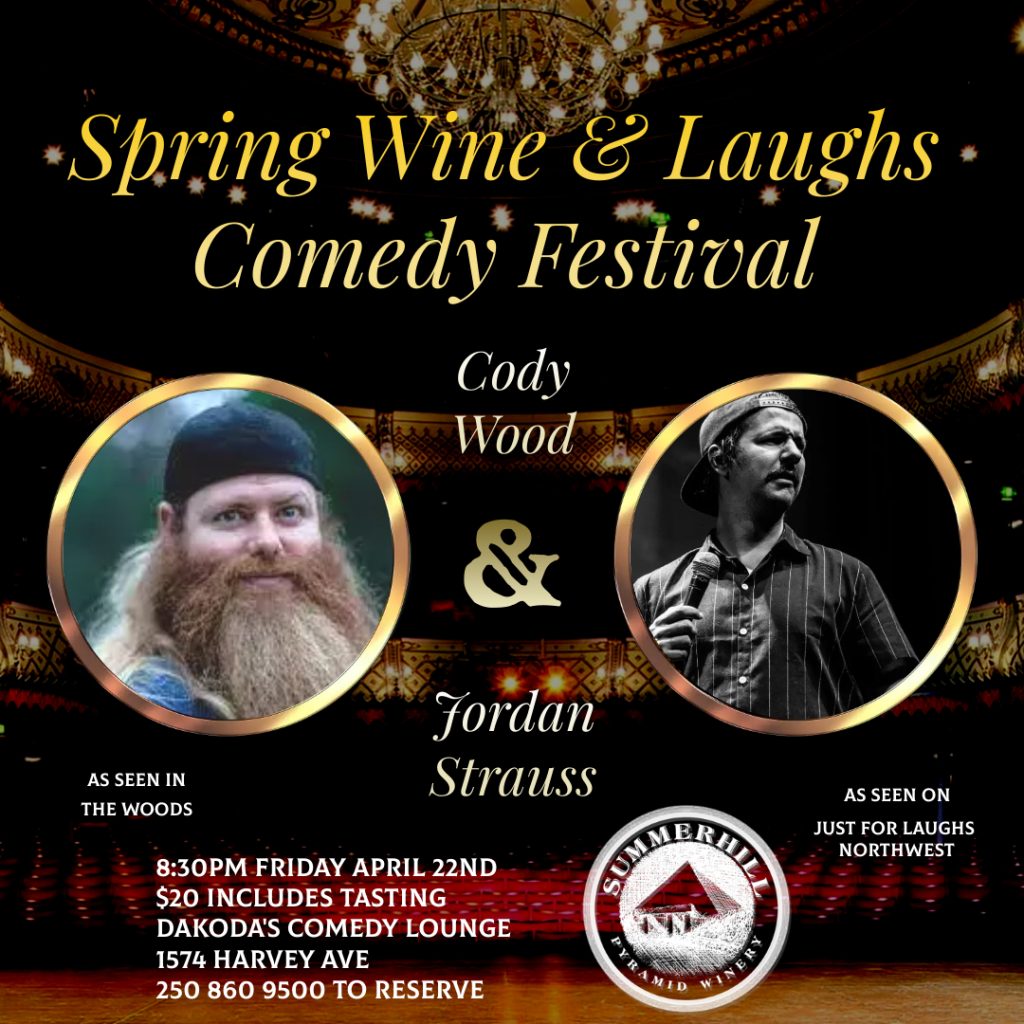 Summerhill is excited to present the Spring Vines & Laughs Festival at Dakoda’s Comedy Lounge. This is a chance to check out some of the top talent in BC while enjoying some of the best vintage in the country. Each of these four shows will feature two headliners splitting the show and doubling the laughs. Thanks so much to Summerhill for their generous support of the arts.
Your headliners on Friday’s late show are Jordan Strauss and Cody Wood.
Come witness the rare talent that is Jordan Strauss. Jordan’s unique brand of hilarious storytelling, filled with truth intertwined with charming absurdity, will tap into your deepest, most tantalizing comedic senses. He has performed alongside some of the biggest acts in the country including Jon Dore, who describes Jordan as “effortlessly funny.” Jordan Strauss is a Kelowna Comedy favourite and is always hilarious. Come out for some big laughs this Saturday night!
“Jordan is destined to be a star. Come see him while you can!” -Dave Kopp, Kelowna Comedy
Cody Wood is a wild man from the hills of Vernon. Cody always turns it up to eleven for the audience and they love it. He’s a burly everyman with a chip on his shoulder. He will also drink your wine if you don’t want it.
“Cody’s energy is infectious. Hope you got your shots.” -Dave Kopp, Kelowna Comedy
Thanks to Summerhill for sponsoring this event and making it possible.