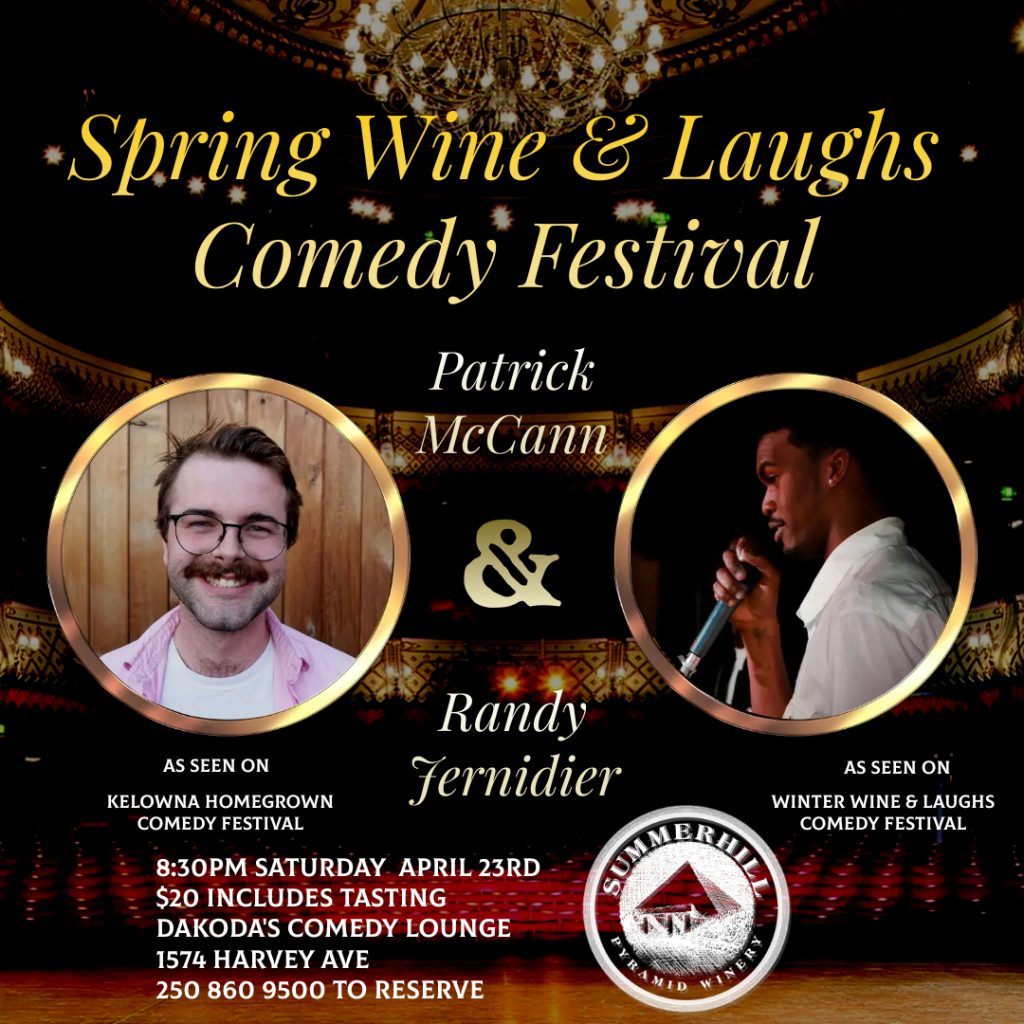 Summerhill is excited to present the Spring Vines & Laughs Festival at Dakoda’s Comedy Lounge. This is a chance to check out some of the top talent in BC while enjoying some of the best vintage in the country. Each of these four shows will feature two headliners splitting the show and doubling the laughs. Thanks so much to Summerhill for their generous support of the arts.
Your headliners on Friday’s late show are Patrick McCann and Randy Jernidier.
Randy Jenidier was born and raised in Guadeloupe but left his paradise like island to play basketball in North America. Once this journey ended Randy decided to tell his story on the stage at the Dakoda’s comedy lounge. Since that first open mic he has been seen ripping stages in Vancouver, San Francisco, Sacramento, New York, Montreal and many other cities in French and English. The legend says the first and only time he used a gun was to shoot Nicolas Cage in the movie A Score to Settle. But you also could’ve seen him in Shaw TV on the series As The Sun Burns.
Patrick McCann has recently returned to his home of Kelowna. He spent the last three years in Victoria performing on and producing the most popular shows on Vancouver Island. He is smarter than most of the other comics and often refers to the news or books in his jokes, so put on your thinking caps!
Thanks to Summerhill for sponsoring this event and making it possible.