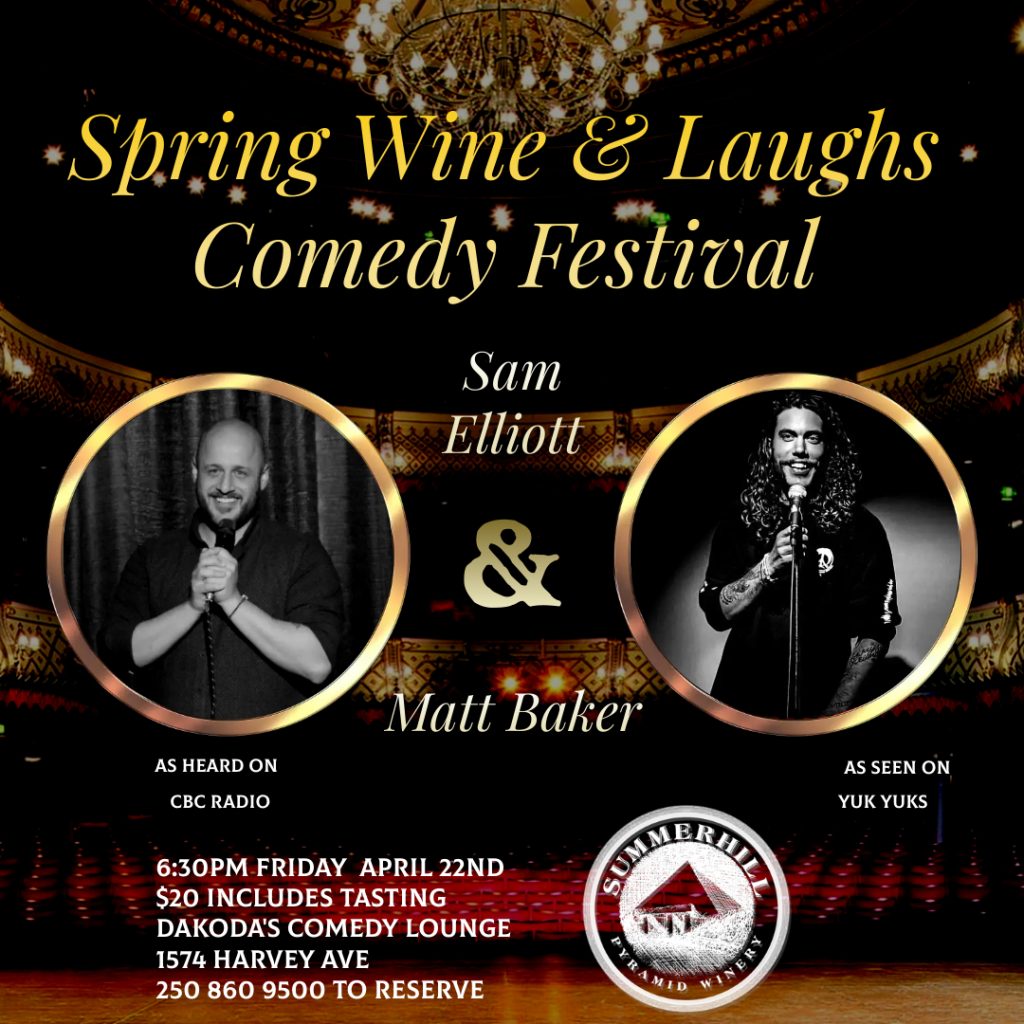 Summerhill is excited to present the Spring Vines & Laughs Festival at Dakoda’s Comedy Lounge. This is a chance to check out some of the top talent in BC while enjoying some of the best vintage in the country. Each of these four shows will feature two headliners splitting the show and doubling the laughs. Thanks so much to Summerhill for their generous support of the arts.
Your headliners on Friday’s early show are Matt Baker and Sam Elliott.
Sam Elliott is a hilariously likeable comedian. From single parenting to observational humour, his comedy style starts off light, however his years spent as an Emergency Paramedic has allowed him to develop a silly take on darker topics like life and death.
In Sam’s short career, he has already been featured on CBC Radio, CBC Comedy’s: Next Up, and Kamloops Comedy Fest. Sam has also opened for TV’s Jon Door, Sophie Buttle (Juno Winner), and Dino Archie.
Your guide to laughter, Matt Baker is an adventurous guy with a goofy outlook on the world he lives in. His unique brand of comedy is light, silly and witty! Matt hails from the suburbs of Ontario and has travelled across Canada telling stories and jokes in small towns and big cities alike. Winner of the Just for Laughs Northwest Outsider’s competition, Matt is a regular at Yuk Yuks and has performed at numerous festivals on the west coast! Matt Baker is a comedic act you won’t want to miss! Thanks to Summerhill for sponsoring this event and making it possible.