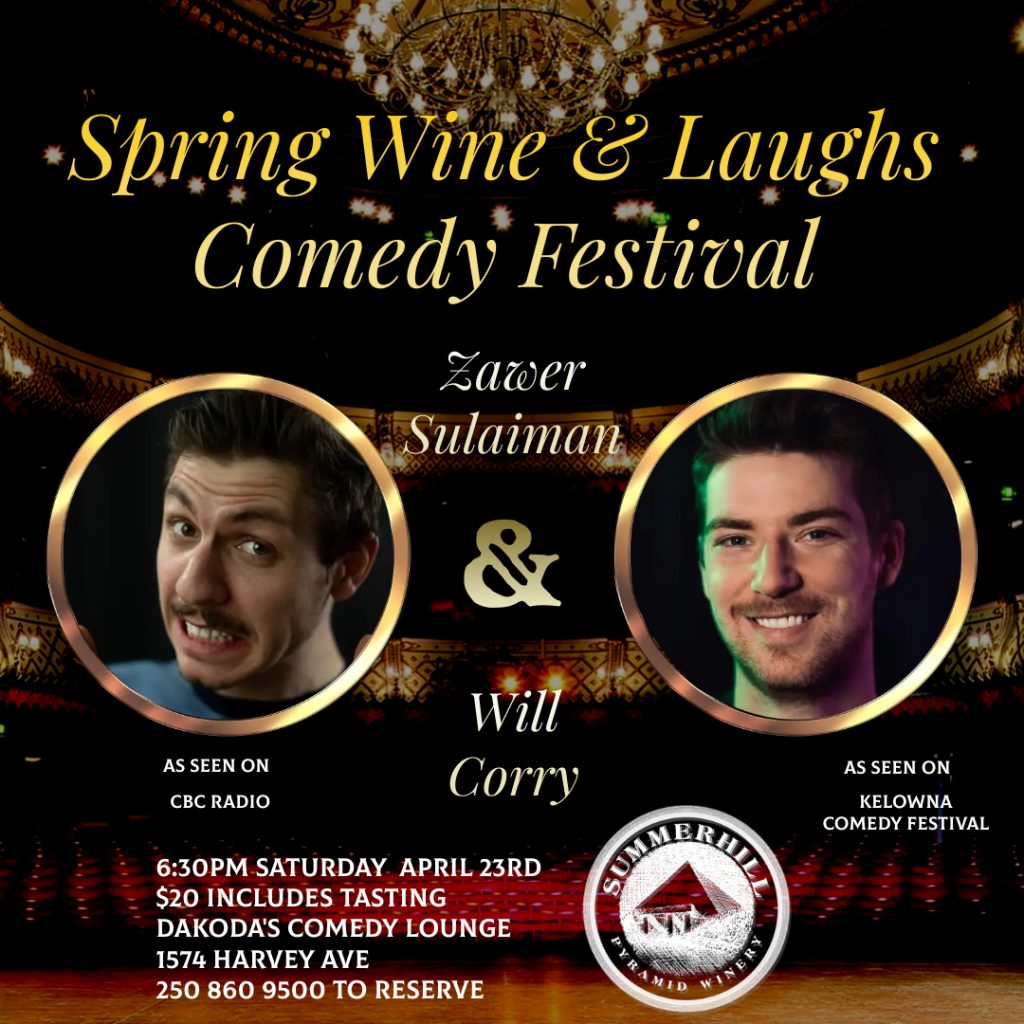 Summerhill is excited to present the Spring Vines & Laughs Festival at Dakoda’s Comedy Lounge. This is a chance to check out some of the top talent in BC while enjoying some of the best vintage in the country. Each of these four shows will feature two headliners splitting the show and doubling the laughs. Thanks so much to Summerhill for their generous support of the arts.
Your headliners on Friday’s early show are Zawer Sulaiman & Will Corry.
Comedy Bloodsport Champion Zawer Sulaiman is Kelowna’s most unique comic. He is a Syrian comedian who has lived in Russia, Scotland, Canada, and more. His satire has been featured in international publications and he is a hit with audiences of all ages. Zawer’s hilarious observational comedy is informed by his unbelievable life experiences as an internal student and refugee. He has appeared on the Kelowna Homegrown Comedy Festival and CBC Radio.
Will Corry is one Kelowna’s top local talents on the rise! Will has performed at the Okanagan Comedy Festival and has opened for professional acts such as Matt Davis, Dean Edwards, Kyle Kinane and more! Born and raised in Kelowna, Will oddly enough started stand up comedy in China. Living abroad provided him with hilarious and unbelievable experiences to draw humor from for all different types of audience members.
Thanks to Summerhill for sponsoring this event and making it possible.