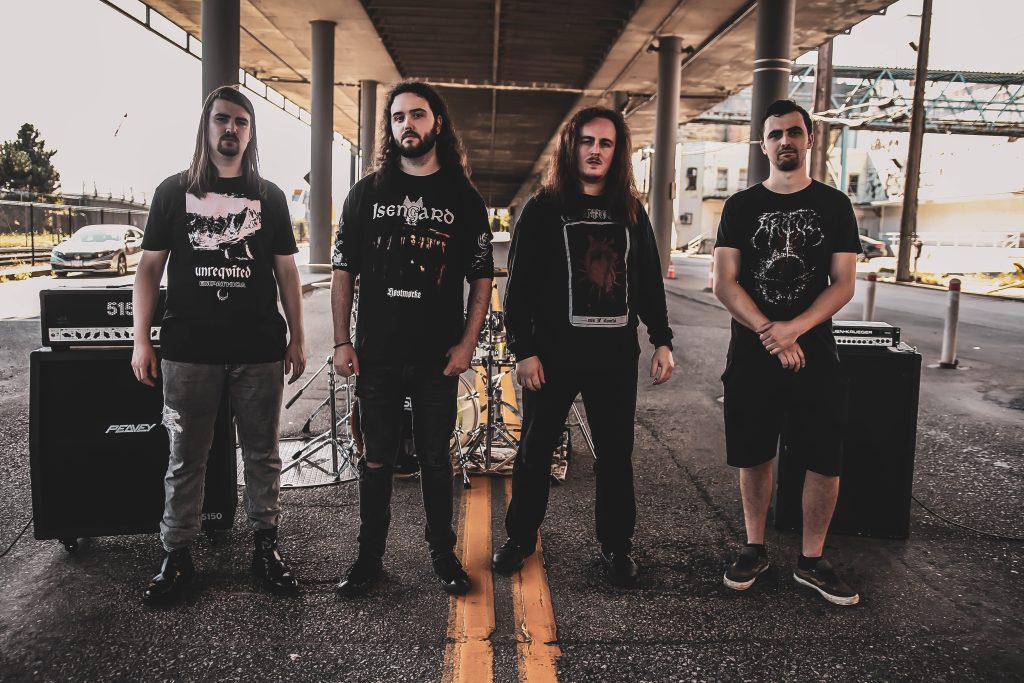 The ferocious howl of wind, booming thunder that shakes your core, electric light that slices the sky. These are the sounds of relentless nature, and exactly what Svneatr invokes through the progressive black metal which they describe as “the sound of nature screaming back at you”. Hailing from Vancouver, Canada, they released “Chinook” last year to rave reviews from around the world, and now with everything opening up, they are finally getting to play it live in June this year.

With two other albums under their belts, they take the raw feel from the first record, but humbly open themselves up as artists and that allows them to play whatever comes naturally. Taking a solid black metal template they bend it to create a diverse, atmospheric sound. Each song works individually but the album was intentionally written as one, larger piece of music. They describe their latest release:

“We think it will come as a shock to the original fanbase and open us up to the world. We expanded the guitar sound and added a lot of melodies and harmonies, clean vocals, and major chords. Many of the themes are political because it’s unavoidable, given how we talk about topics such as climate change or racism and how uncompromising we are when faced with challenges to our values as human beings. In the past, We’ve shrouded these ideas in metaphors and wordplay but on this record sometimes it’s no secret what we’re saying. This may turn some people off, but it would be far worse to lend our voice to cowardice and hatred.”

Svneatr will be hitting up cities across Canada in June with Denmark’s abrasive hardcore/sludge act Hexis, and together they will hammer into fans the soundtrack to the apocalypse. Those who are lucky enough to have these two unforgiving bands tour their city will be greeted by intense, raw metal. Real playing with no click tracks or backing tracks. No fluff. Punk ethos. They are recommended for fans of Opeth, Darkthrone, and Enslaved.

In additional news, Svneatr is also proud to announce their signing to Prosthetic Records for their third full-length album, which will be released via the Los Angeles label in due course.

Speaking on their signing to Prosthetic, Vitharr Monteith (guitar/vocals) comments:

“SVNEATR is unbelievably stoked to be partnering up with Prosthetic Records for our third record and beyond! They’re a label we’ve held in high regard for many years and we are excited to be joining such a stacked roster with some of our favourite bands! We’re currently recording our yet-to-be-titled album and it’s going to be heavier, more musically diverse and darker than our previous record. We truly feel like we’ve hit a rhythm and found a unique sound, honing in on what defines us as artists and creators, and we’re getting tighter with each song. We seriously can’t wait to share with you this distilled thunder we’ve been working on! To our fellow Canadians, catch us on our upcoming Canada tour supporting the mighty Hexis in June!”