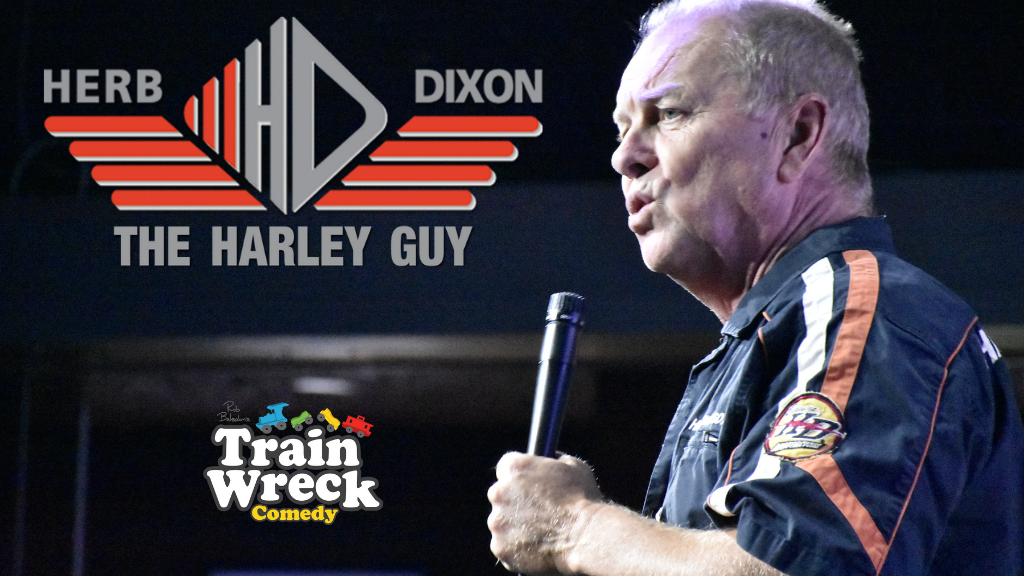 Don’t miss the most famous Harley Davidson Impression IN THE WORLD from master sound impressionist and comedian, Herb Dixon, when he comes HOME to Penticton’s Cleland Community Theatre on Friday, April 29, 2022.

You don’t get to pick your own nickname, and when you can impersonate a Harley Davidson better than anyone in the world, as Herb Dixon can, you get the best nickname ever, “The Harley Guy”.

He performed at the massive 17,000 seat grandstand show at the Calgary Stampede not once, but twice in 2002 and 2005. In 2003 Herb was invited to put his Harley Davidson impression to the test by none other than Harley Davidson themselves, at the 100-year anniversary event in Milwaukee, sharing the stage with BB King. Herb impressed the tough biker crowd and knew for certain; his Harley impression was as good as they get.

From there he hit the road, opening for the likes of the Doobie Brothers, The Beach Boys, Blake Shelton and LeAnne Rimes, just to name a few. In 2009 his Harley impression was once again put to the ultimate test when he opened for Kenny Chesney at the famous Sturgis Motorcycle Rally.

Herb is far more than just a Harley impression. From corporate conventions to cruise ships and headline performances, Herb Dixon finds a way to have fun with every audience. Herb is known as one of the most consistent corporate performers and he always adapts his routines depending on the audience’s response to his jokes.

Get your tickets while they last and join Train Wreck Comedy to see “The Harley Guy” Herb Dixon in Penticton!