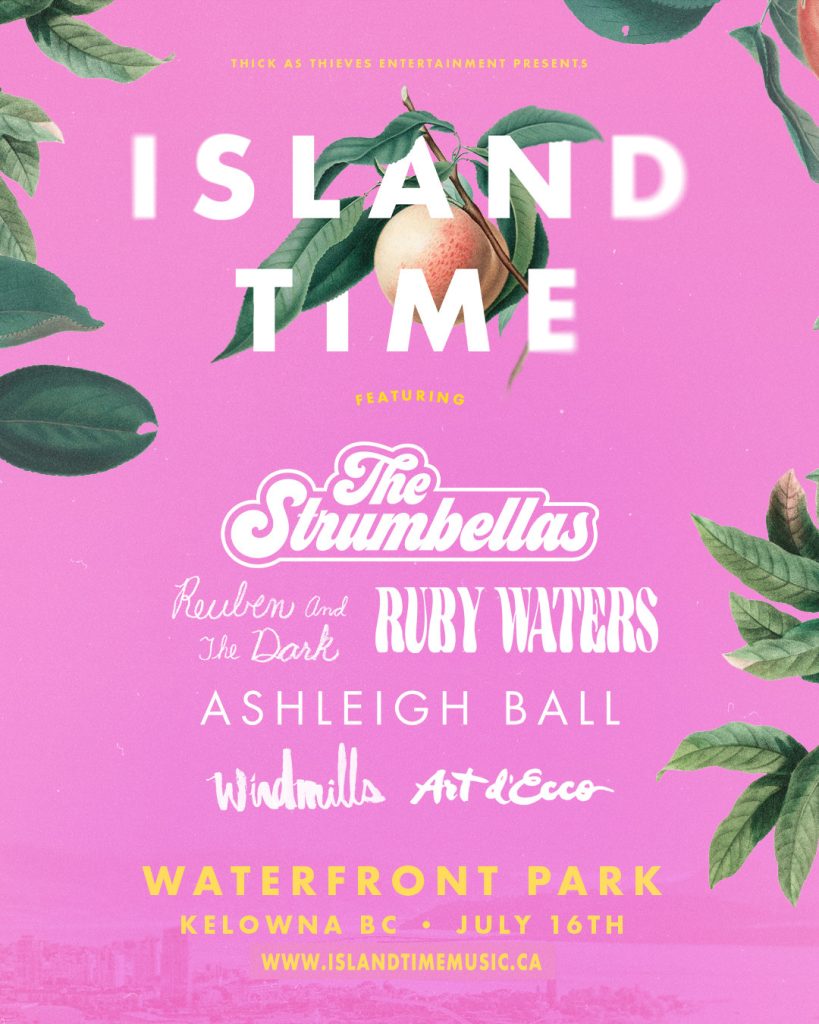 We’re excited to host some of the top Canadian indie, alt, rock and folk artists downtown Kelowna at the revered Island Stage in Waterfront park on Saturday, July 16th!

Waterfront Park is a fully licensed area with local beer, wine, cider and vodka seltzers to quench your thirst, alongside food trucks to refuel and games to round out the fun. This is a 19+ event.

Come make memories with your friends!

GET YOUR TICKETS HERE