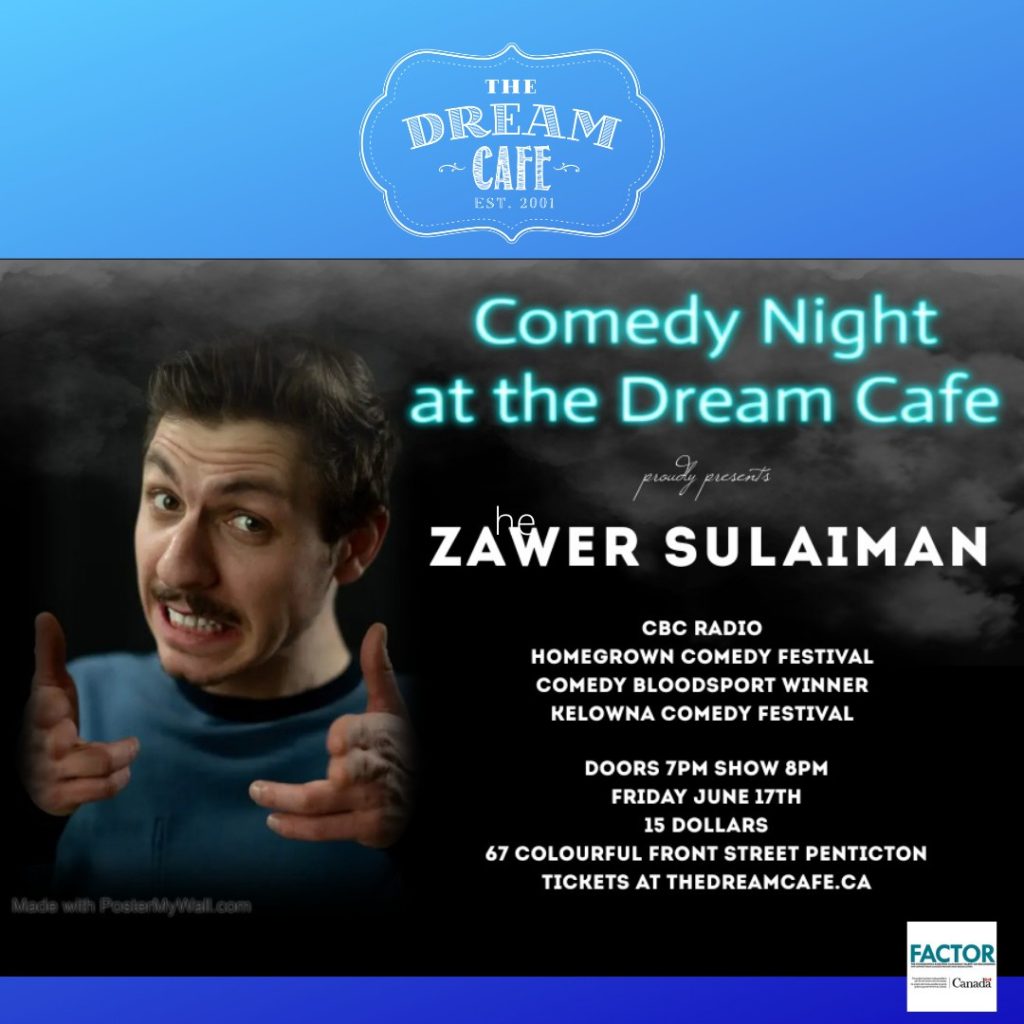 Comedy night at The Dream Cafe with Zawer Sulaiman

Comedy Bloodsport Champion Zawer Sulaiman is probably the most unique comic you’ll see. He is a Syrian comedian who has lived in Russia, Scotland, Canada, and more. His satire has been featured in international publications and he is a hit with audiences of all ages. Zawer’s hilarious observational comedy is informed by his unbelievable life experiences as an internal student and refugee. This intimate show will feature Zawer along with several of his hilarious friends. This performance is not to be missed.   “Zawer is destined for stardom.  He has razor sharp wit and fearless delivery.  Truly a must see comedian.” -Dave Kopp, Kelowna Comedy

Comedy night at The Dream Cafe with Zawer Sulaiman (simpletix.com)