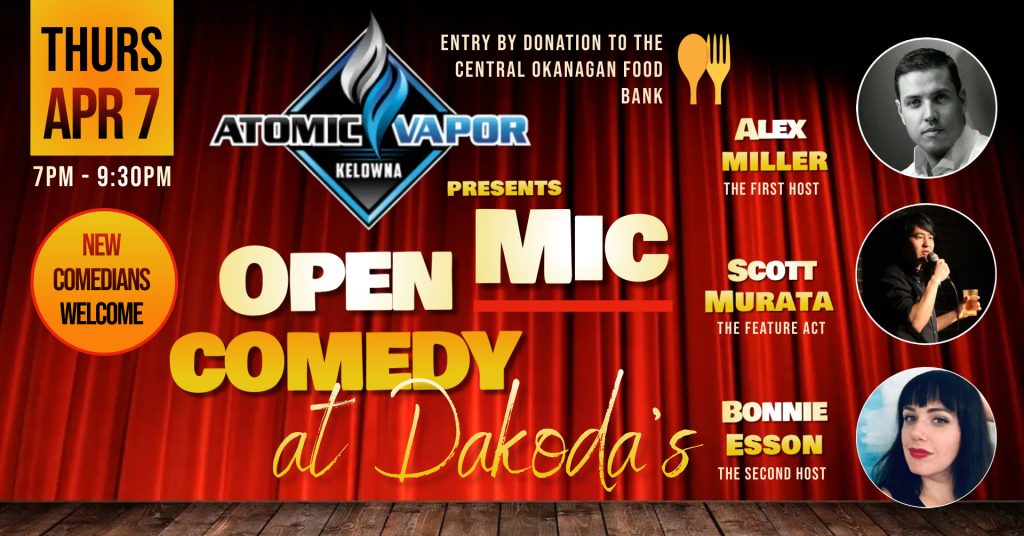 Atomic Vapor is proud to present Open Mic Comedy at Dakoda’s. It’s your chance to try comedy or just come watch the comics test their newest material in front of the best audience in town. This show often has as many as 20 comedians each doing 5 minutes of new material with a special 15 minute set in the middle.
This week’s hosts are Alex Miller and Bonnie Esson and the feature spot, smack dab in the middle, belongs to Scott Murata.
This show is by donation to the Central Okanagan Foodbank.
Thanks so much to Atomic Vapor for their generous support. Atomic Vapor is family owned and operated since 2014.
#yourvapeshop